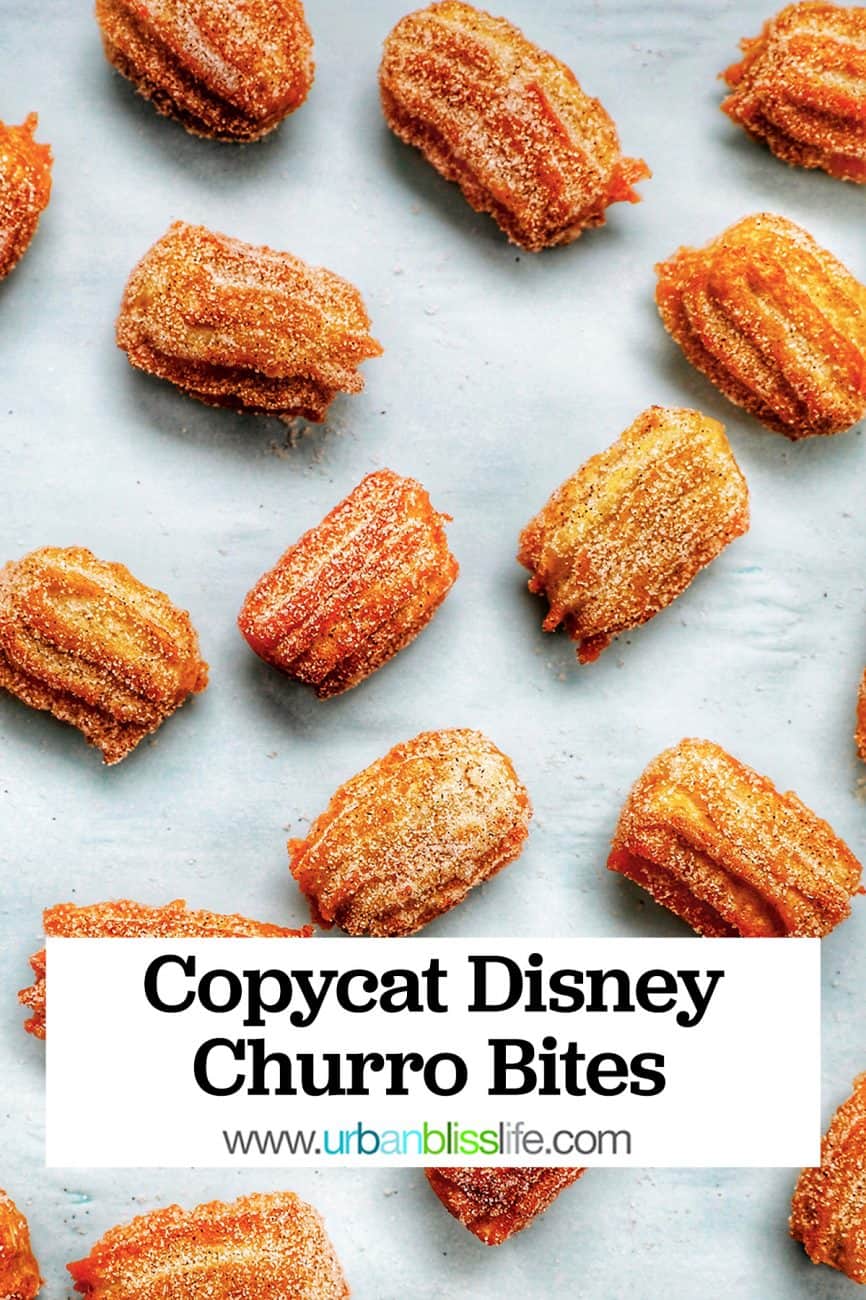 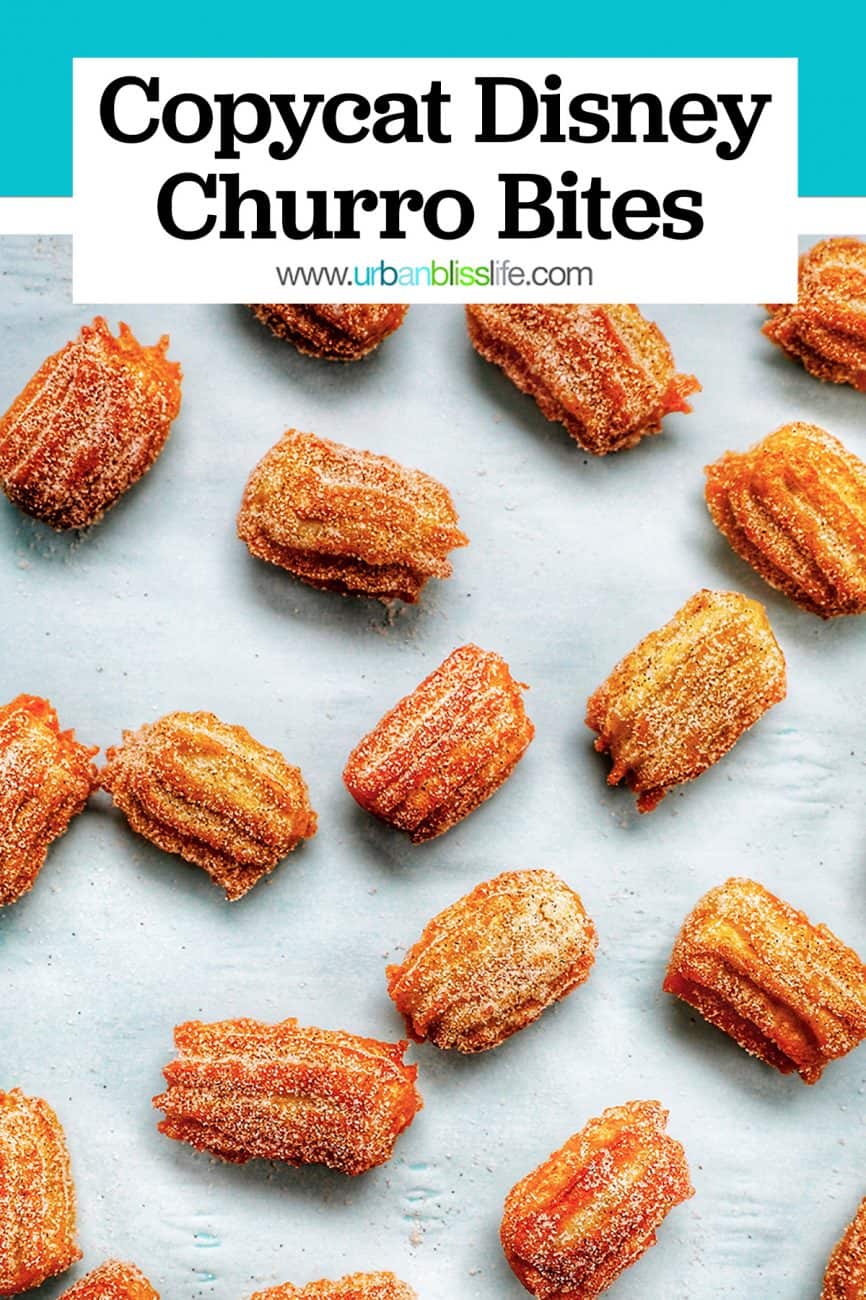 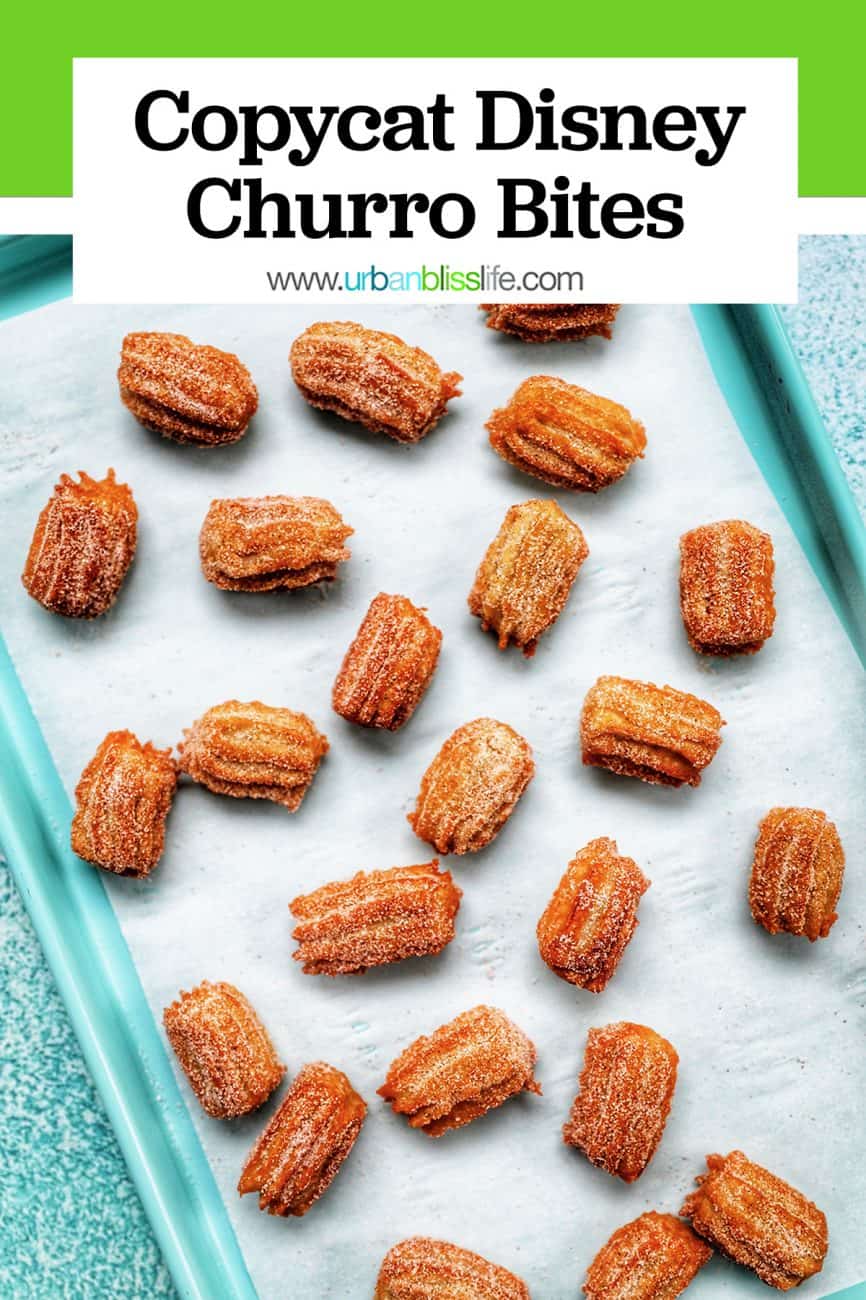 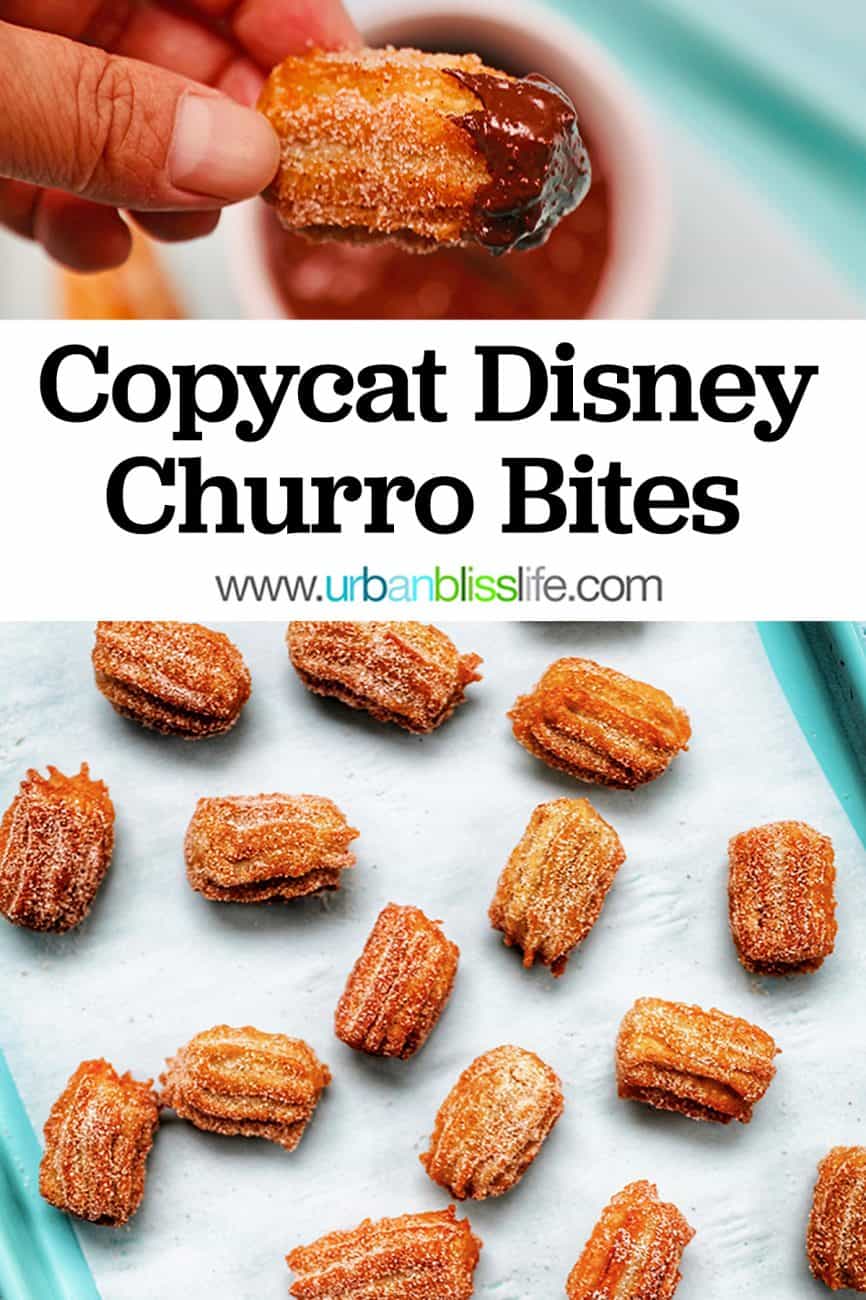 These cinnamon sugar Disneyland churros are easy to make at home!

When 180 Xurros opened up in Portland, I was - and my churro-loving kids were - in heaven!!

And when I was sent to cover the opening of Pixar Pier in Disneyland, of course I HAD to try the Cinnamon Sugar Galaxy Churro at the new Señor Buzz Churro stand!

So when my kids ask to make them at home? The answer is always yes. A no-hesitation, drop-everything, wide-eyed-exclamatory YES!

If you're not familiar with churros, I have no doubt you will LOVE them once you try them!

Churros are originally from Spain and Portugal. They are fried dough pastries coated with cinnamon sugar. These tasty sugary treats are often served with parchment paper wrapped around one end so your hands won't get sticky from the cinnamon sugar while you eat it.

Nowadays, you can find churros on many menus across America. From food trucks to fancy restaurants to the Happiest Place on Earth!

Recently, Disney released their churros recipe so that we could all make them at home.

I've used their recipe as a base recipe, which is almost identical to most basic churros recipes you'll find, and made some minor adjustments.

What are the ingredients for churros?

The ingredients to make churros are very simple. You most likely have all or at least the majority of ingredients at home in your pantry!

How do you make churros from scratch?

You start making churros by combining granulated sugar and ground cinnamon to create cinnamon sugar. If you follow this blog, you might already have made up a mason jar of cinnamon sugar with your spices because you know how often this magic combo gets used in baking!

Place the cinnamon sugar in a shallow bowl and set aside for later.

Set the bowl of cinnamon sugar aside, then start making the dough. Melt the butter, water, salt, and cinnamon together in a pan.

Once that mixture has melted, you gradually add the flour. Stir the flour gently in until it forms a dough ball.

Let the dough rest for a few minutes. Then add the eggs and stir until combined.

Spoon the dough into a pastry bag fitted with a star tip.

Heat oil over a deep skillet and then gently push through dough in about 2-inch churro bite forms and use a butter knife to cut each dough piece off and gently into the oil.

Fry churros until golden brown, turning over once during the process to evenly cook all sides. Use a spider to strain out the cooked churros. Place warm churros into the bowl of cinnamon sugar and coat all sides. Let rest on a plate and repeat the process until you have cooked all of the churro bites.

Exact measurements of ingredients and instructions are in the printable recipe card toward the bottom of this post. Here are some helpful tips to guide you as you make this recipe.

Tips for making churros at home

How do you serve churros?

My favorite way of enjoying homemade churros is to dip them in melted chocolate.

You could also dip them in salted caramel, a dulce de leche sauce, or a sauce made of fresh berries.

Churros are also absolutely delicious on their own, without any dips or sauces!

If your family is like mine, there will be NO churros leftovers. Ever.

However, if you're making a batch for yourself or for you and a friend, you may have some leftovers. In that case, place any leftover churros into an airtight container. Churros will stay fresh for up to two days.

You should be aware, however, that churros start to lose their crispiness soon after they cool down after cooking. This is why they are best eaten the day that you cook them, within an hour or two if possible.

This recipe makes between 40-45 churro bites, depending on the size you cut the churro dough. If you have any leftover, you can store in an airtight container at room temperature for up to three days.
Tried this recipe?Please leave a star rating and comment! Then snap a pic of your dish and share it on social media. Tag @UrbanBlissLife and #UrbanBlissLife!