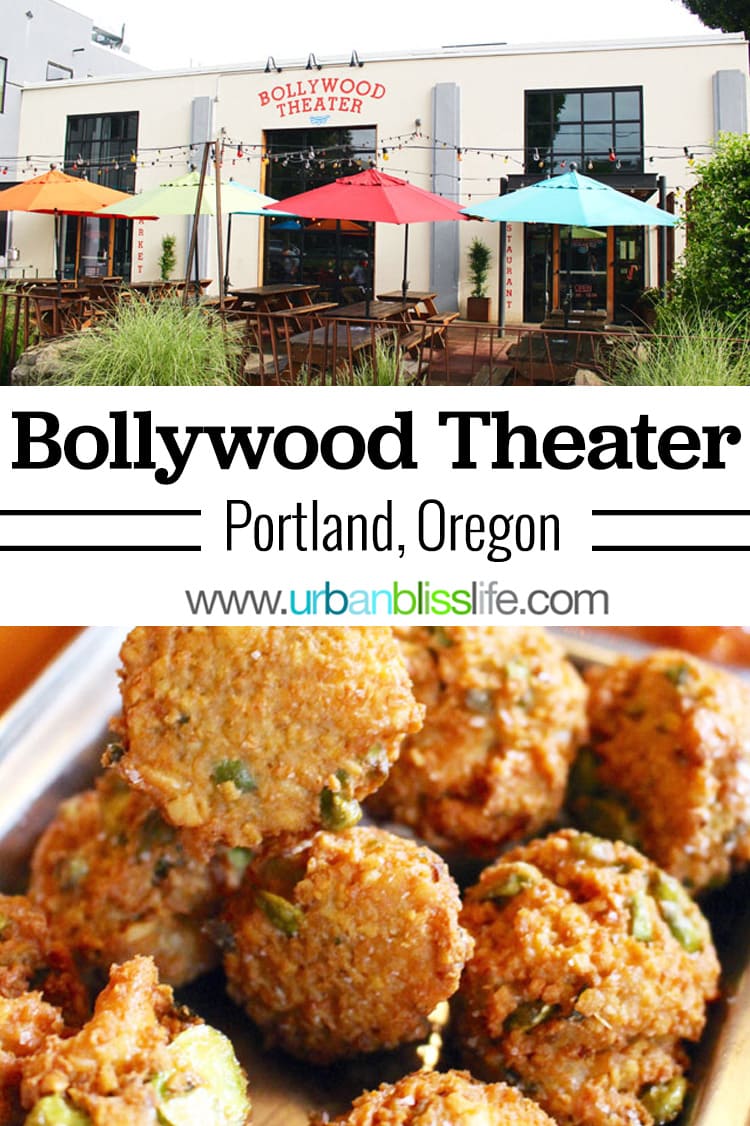 Here in Portland, Oregon, Chef Troy Maclarty of Bollywood Theater brings these dishes and more to the table. Once a farm-to-table chef who worked in Berkeley's Chez Panisse Café, he came to Portland around 2005 to make his own name for himself and find his food calling.

There aren't a lot of options for Indian food in Portland. Bollywood Theater offers to transport diners to the streets of Mumbai.

Here, large communal tables are filled with friends who meet for cocktails and an assortment of Indian street food served on steel plates. There's a buzz of constant commotion in the air. So even though you may be seated, you feel as if you're in a bustling market. Surrounded by colorful lanterns and soaked in the aroma of vibrant spices permeating the air from the kitchen.

After making a few trips to India, Maclarty has brought back some amazing street food recipes to his kitchen. Here are a couple more of my favorites.

The Mixed Dal, Fava Bean and Paneer Pakoras pictured above are crunchy and packed with flavor. They're served with Rhubarb Strawberry Achaar, which is like a sweet and slightly savory chutney.

The Grilled Asparagus in a creamy Green Garlic and Turmeric Curry with a Raisin, Almond, and Currant Chutney is an incredible burst of textures and spices in each bite.

This dish is a creative interpretation of Indian street food. It is Maclarty's answer to the question, "if you cooked with asparagus in India, what might that dish look like?"

Maclarty is committed to making almost every single component of his dishes from scratch using the best ingredients, which can be a challenge both economically and logistically – let's face it, $6.50 for a plate of food that includes numerous ingredients that are all house made is A CRAZY GOOD DEAL!!

And you can't leave the restaurant without taking a piece of it home with you. There's a small kitchen shop to the side of the dining room. Here, you can pick up things like fresh ghee and Bollywood Theater's spice blends.

HOURS: 11am - 10pm, both locations
They do not take reservations.

« Things to Do in Victoria BC: 5 Family-Friendly Activities
Papri Chaat »
0 shares